On the Market in Ledroit Park/Bloomingdale 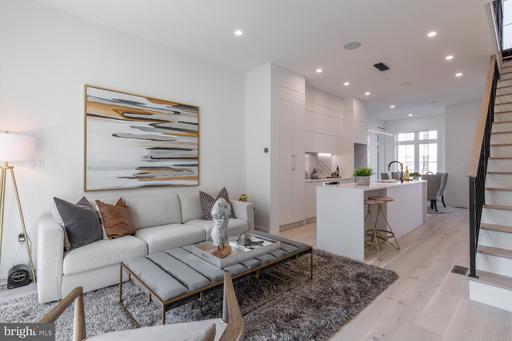 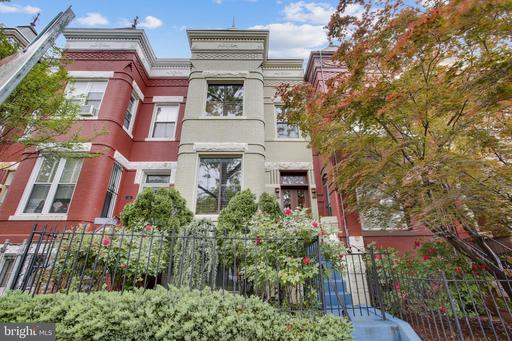 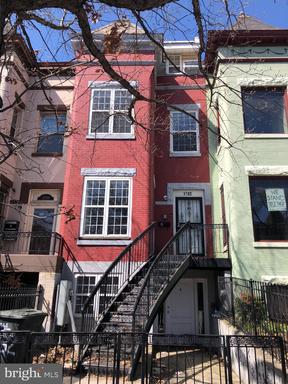 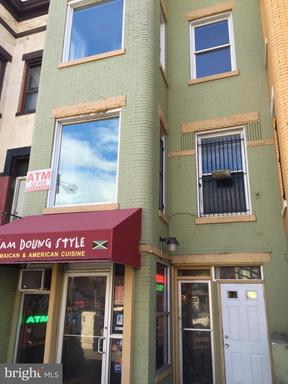 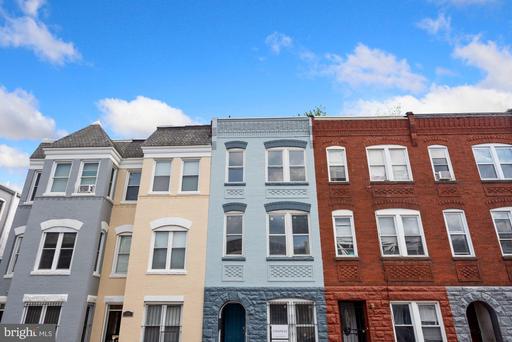 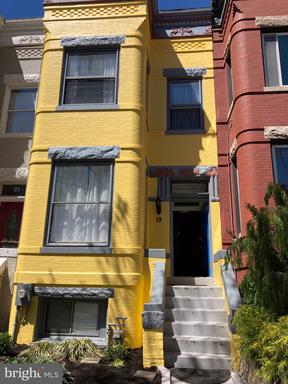 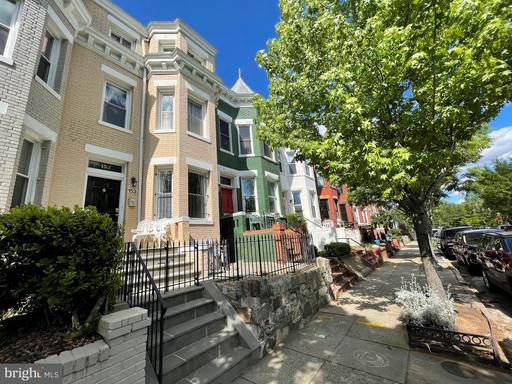 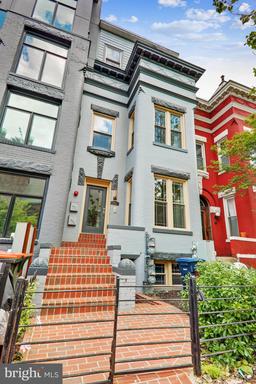 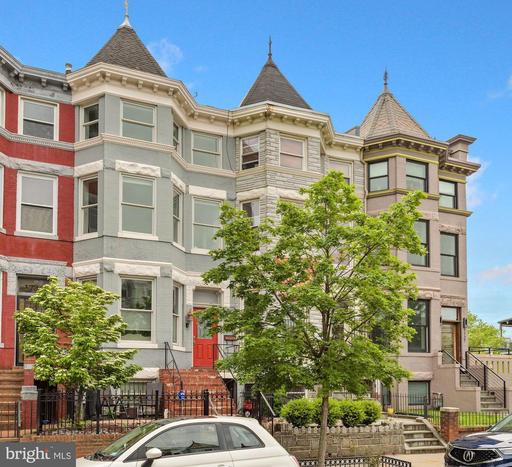 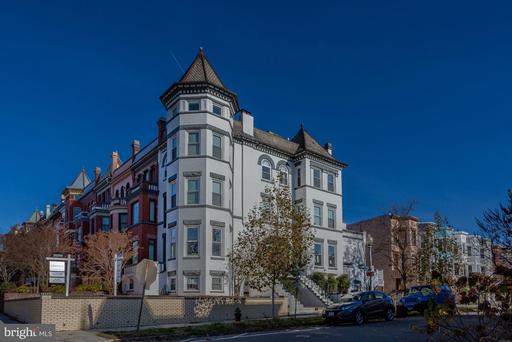 The Bloomingdale & LeDroit neighborhoods together offer a very special community made up of a close-knit group of neighbors. After facing a slump in the late 20th century, locals have worked tirelessly to clean up the streets, open parks, and restore historical sites. Due to the hard work of those who live there and the DC government, it’s difficult to find a better looking community in DC.

Bloomingdale and LeDroit Park are located right next to each other in the northwestern quadrant of the city. With LeDroit Park to the west and Bloomingdale to the east, they form an upside down triangle with the point forming at the intersection of Florida Avenue and North Capitol Street to the south. The northern boundary roughly runs along West Street and Bryant Street and, to the west, 7th Street.

When it comes to transportation, there are plenty of options to choose from. Close by are the New York Ave and Shaw-Howard University metro stations. For cyclists, there are Capital Bikeshare stations at R Street and Florida Ave, and the neighborhood is only a short ride to downtown DC. A number of bus lines also run through the area, including the 90, 92, 93, 96 and X3.

A Strong Sense of Community

In Bloomingdale running in to your neighbors is inevitable due to its cozy size. Here, residents enjoy getting to know each other, forming a strong sense of community that isn’t present in many other DC neighborhoods.

Housing in Bloomingdale and LeDroit Park mostly consists of brick Victorian style houses and row homes that are relatively affordable, especially compared to other areas. In Bloomingdale, some of these homes have been converted into condos or have rentable basement units. As far as large condo buildings go, there are a few, but not a huge selection.

Changing with the Times

Bloomingdale began as a rural neighborhood right outside the borders of the capital. Used as an area for large estates and orchards, it was developed at the turn of the 20th century with homes for government workers. During the latter half of the 20th century, it fell on hard times, though since then the neighborhood association has worked relentlessly to clean up the streets and plant trees.

LeDroit Park was founded in 1873, serving as one of DC’s first suburbs. With its iconic iron gate, the neighborhood was home to many prominent African American scientists, poets and musicians in the 1920s, including jazz legend Duke Ellington. Falling on hard times in the 1970s and 80s, like Bloomingdale, LeDroit Park has made a huge comeback and is now the home to both longtime residents and new families.

A popular community hangout is Crispus Attucks Park, named after an African American killed in the Boston Massacre and who is considered the first casualty of the American Revolution. Stretching the length of a city block, the park used to be an asphalt lot with a burned out building until the community came together to transform it into a peaceful green space. Each year it hosts events such as Bloomingdale Community Day to raise money to help maintain the park.

Recently restored and reopened with much fanfare is the historic Howard Theater. Over 100 years old, this theater is the oldest one in the country built for African Americans and has helped launch the careers of celebrated musicians such as Duke Ellington and Marvin Gaye.  Today many artists are featured here as well as comedians, activists and speakers.

Serving as an unofficial community-gathering place is Big Bear Café, located on 1st Street. Offering some of the best sandwiches in DC, it also has a mouthwatering breakfast menu featuring home made scones and muffins. On any given Sunday night, the place will be packed with customers coming for the restaurants infamous family-style dinners. The space also includes an outdoor garden patio, often hosting spoken word and comedy events.

Another great place to go for coffee and pastries is Windows Café and Market. Both a restaurant and market, Windows also is popular for its selection of wines, vegetables and grocery staples. The place will often be buzzing at lunch, with people gathering for their renowned sandwiches and wraps.

Locals also love Boundary Stone Public House, named so because the owners are devoted to serving as a “cornerstone for the Bloomingdale community and surrounding areas.” The perfect place to kick back and relax with friends, Boundary Stone is known for its selection of craft beers, wines and handmade cocktails. The kitchen also serves up delicious classic American food such as burgers and wings as well as many vegetarian options such as veggie burgers, falafel and hummus.

Overall, Bloomingdale and LeDroit Park are neighborhoods on the rise. With hard working residents, the area has seen many tangible improvements in the past decade. Leaving behind their reputations of being less nice than some other DC neighborhoods, Bloomingdale and LeDroit Park are seeing an influx of new families and young professionals each year. What does the most expensive home in Ledroit Park / Bloomingdale look like?

The home for sale with the highest sales price in Ledroit Park / Bloomingdale is:
1901 3RD ST NW, WASHINGTON, DC 20001

How about the least expensive?

The home for sale with the lowest sales price in Ledroit Park / Bloomingdale is:
51 RANDOLPH PL NW #303, WASHINGTON, DC 20001

Ratio of homes in Ledroit Park / Bloomingdale listed for sale versus those under contract. The lower the number, the hotter the market.

Shows a comparison between the final sales price of homes sold in Ledroit Park / Bloomingdale versus their list price.

Average days from Listing Date to Sold Date for Ledroit Park / Bloomingdale homes that sold in the past 90 days.

This park is pretty much a neighborhood secret, tucked between the alleys of U & V Streets NW near North Capitol Street. Neighborhood residents came together to transform a concrete jungle into this block-long oasis in Bloomingdale. Be on the lookout for their summer movie series called "Bloomy Nights".

Big Bear offers tasty American food in a casual atmosphere. It's the perfect place to grab a coffee and bagel on the weekend - the lox, capers and onions is my favorite! If you are looking for a breakfast sandwich get the sausage, it's very flavorful! The vibe is friendly, and on the weekends you can patron the local farmer's market as well, open from mid-May to November. For lunch/dinner, check out the 1/2 pound beef burger with the house made pickles - you'll leave totally satisfied!